We are glad to confirm that our gateway is compatible with the popular Navionics Boating App. You only need to configure one of the gateway's servers to stream NMEA 0183 data from UDP port 2000. 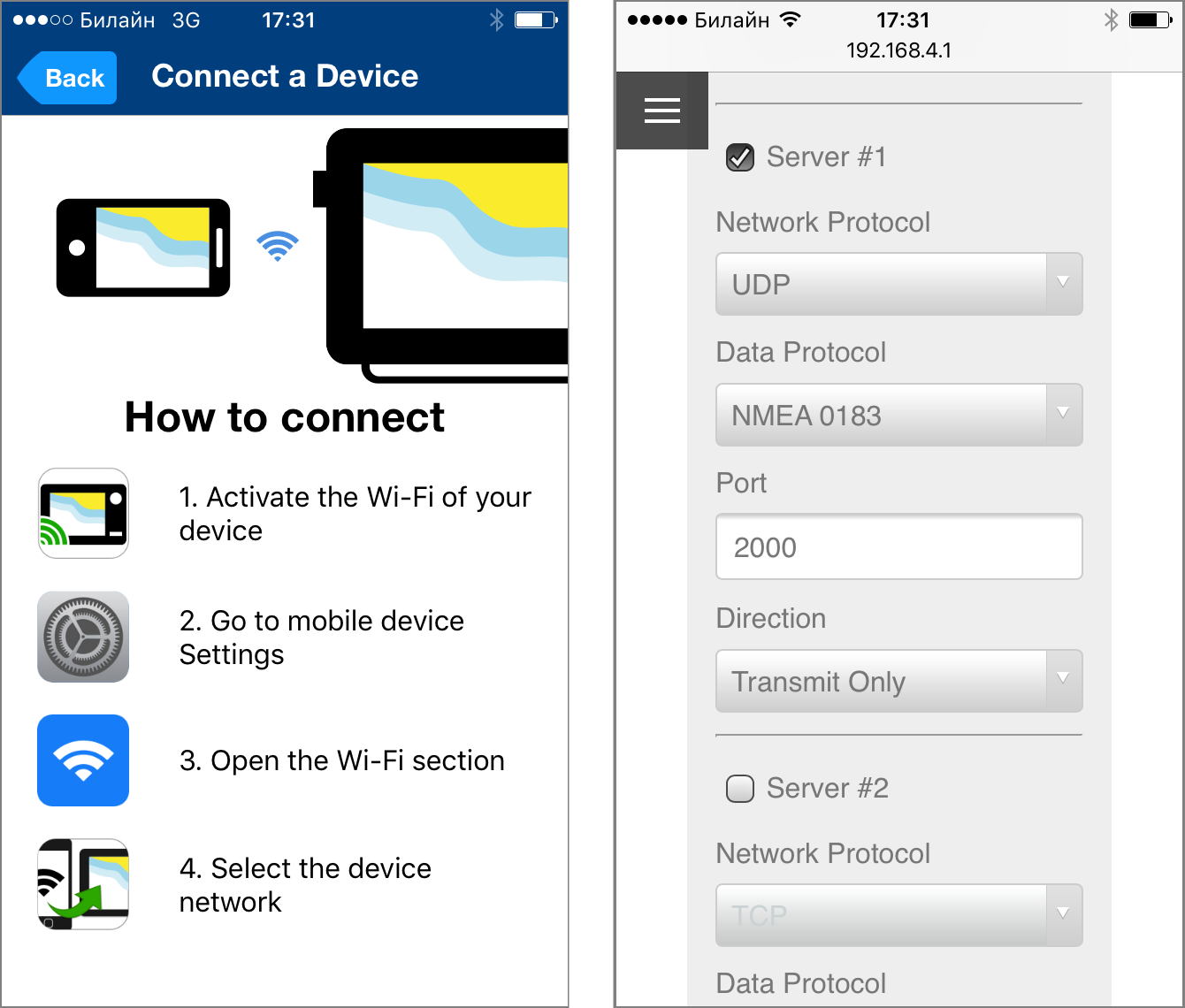 Unlike many other mobile apps which allow specification of the IP address and port of the NMEA 0183 data server, their "Connect a Device" page only contains instructions to connect Wi-Fi (see Figure 1). When your mobile device is connected to the NMEA gateway's Wi-Fi, everything should start work automatically without any settings.

And it does, but you need to tune the gateway's settings as it shown in Figure 1 (right). You should configure one of the servers to stream NMEA 0183 data on UDP port 2000. 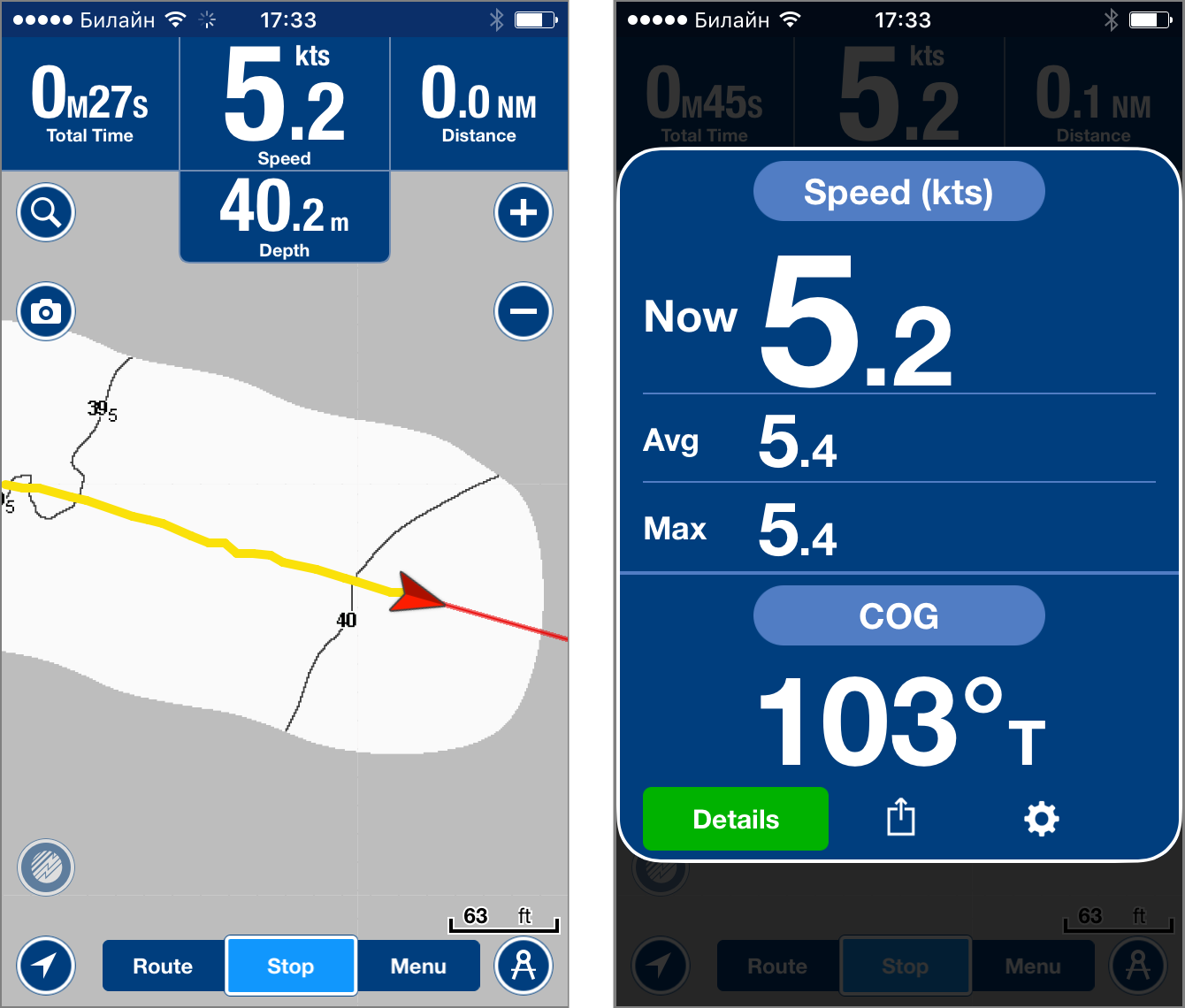 If the data server is configured correctly, the Navionics App will use the position and depth data provided by the gateway (see Figure 2). It will allow you to record your track and build your own depth chart (Figure 2, left) with free SonarChart Live feature, as well as use your smartphone or tablet as an informational display with big SOG and COG readings (Figure 2, right).

Another benefit is that using Wi-Fi instead of internal GPS noticeably saves the device's battery.

If you are interested in building your own depth chart, we also recommend reading our article about the ReefMaster PC application.