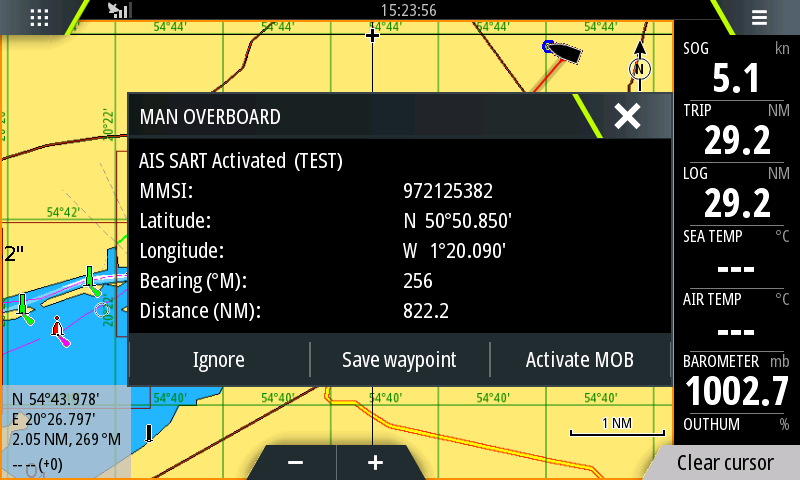 All our gateways support the MOB sentence of NMEA 0183 and the corresponding NMEA 2000 PGN 127233 "Man Overboard Notification (MOB)". In this version, we added bi-directional conversion of the AIS Message 14 "Safety related broadcast message", used by SART, EPIRB and MOB devices with AIS VHF support for sending an MOB alert.

To test your software or MFD (see the screenshot above), you can send the following NMEA 0183 sentences:

In the new firmware, we also added bi-directional conversion of VWR (Relative Wind Speed and Angle, obsoleted), VWT (True Wind Speed and Angle, obsoleted) and VBW (Dual Ground/Water Speed) sentences, as well as conversion of HSC (Heading Steering Command) and BOD (Bearing, Origin to Destination) sentences from NMEA 2000. The list of supported messages was already the biggest on the market, and now it's even better.

After 6 years, NMEA has released the 0183 Standard update, so now the latest version is 4.11. The big problem of the previous version was the lack of many data types and poor definition of the XDR sentence, which is used to transmit data from sensors, tanks, engines, etc.

This sentence contains the text identifier of a sensor, and these identifiers were not previously defined in the Standard at all. So, every company on the market invented its own identifiers: you can see some of the results in the table above. This led to poorly compatible devices and software. As you can see, the definitions of the new Standard do not match with the "inventions". 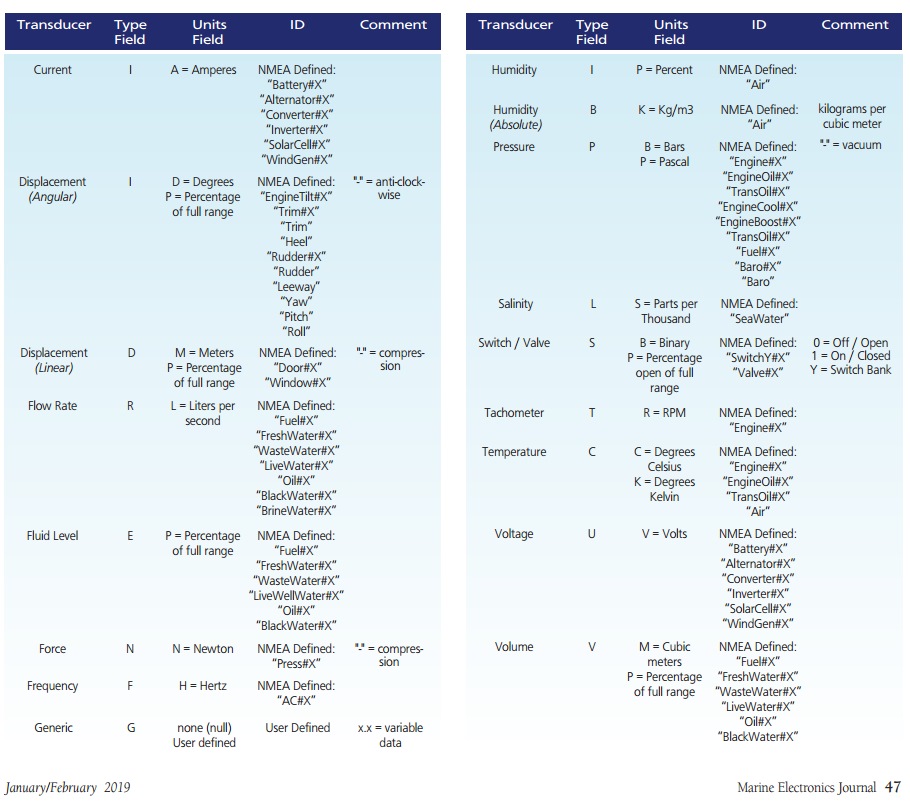 Changes in the Standard, including explanations of changes in XDR sentence, are described in the latest issue of Marine Electronics Journal (page 15), you can download it for free.

The configuration file of NMEA 0183 Gateway has new lines (an empty value means, that XDR will not be sent for this data type):

The USB Gateway now has the "SET XDR" command and a set of parameters with the XDR_ prefix. The screenshot below shows how to configure the XDR sentence to transfer barometric pressure to OpenCPN. You don't actually need it, because OpenCPN 4.8.8 can take it from an MDA sentence, too. But what is strange is that OpenCPN does not take the air temperature from MDA, but rather takes it from XDR only; both "TempAir" and "Air" are supported in the OpenCPN 4.8 and later versions, so you also don't need to change anything in the gateway's factory settings. 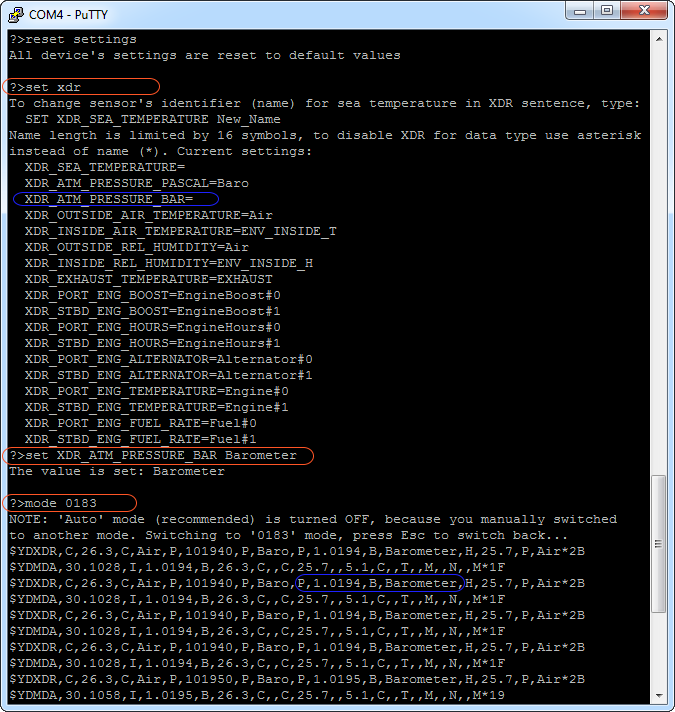 In the NMEA 2000 Wi-Fi Gateway, new settings are available on the "NMEA Settings page" shown below. 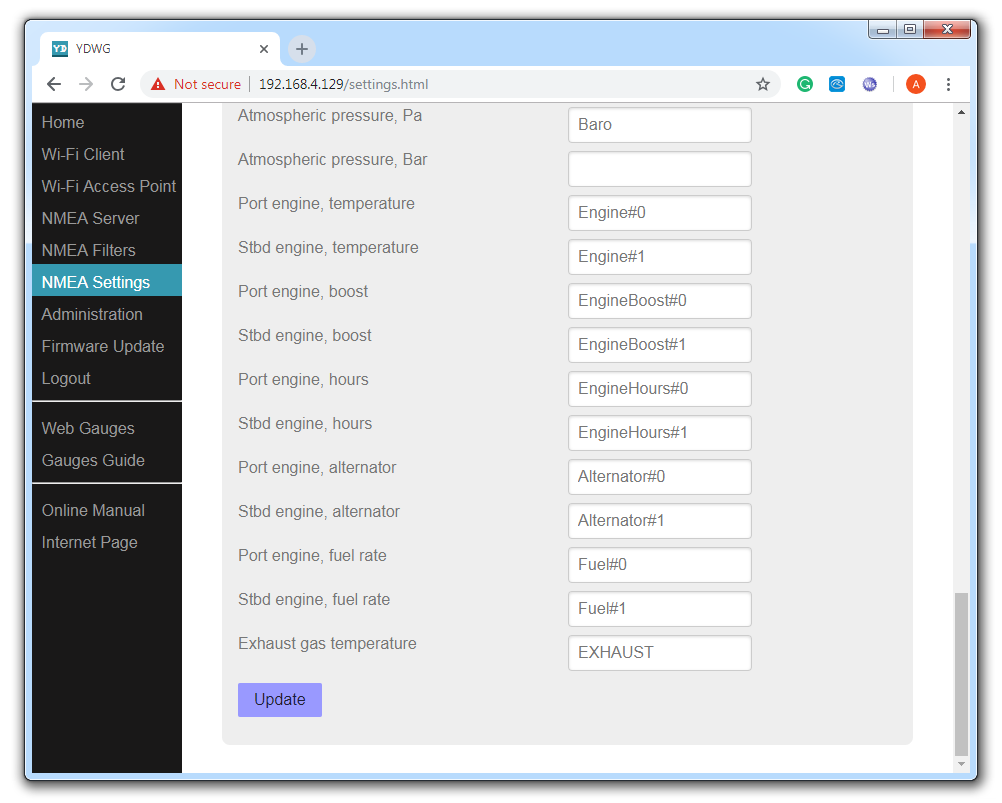 Picture 4. XDR settings of NMEA 2000 Wi-Fi Gateway (not all settings are visible on the screenshot)

You can download firmware updates (1.25 version for USB Gateway and NMEA 2000 Wi-Fi Gateway, 1.10 version for NMEA 0183 Gateway YDNG-03) from the Downloads page, Manuals will be updated this week.