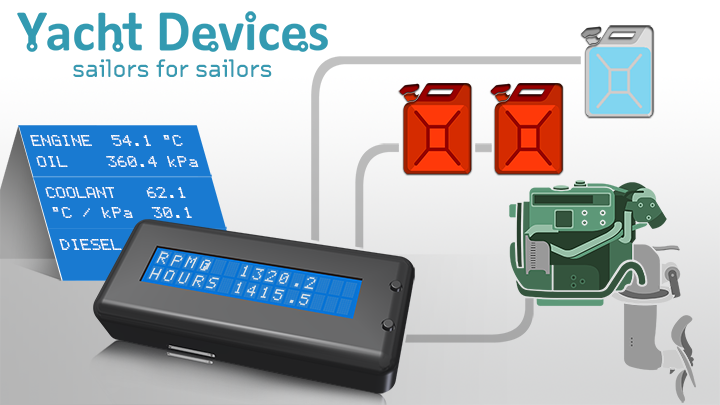 With this firmware for the Text Display YDTD-20, you can monitor up to four engines and transmissions, temperature in the exhaust system, the vessel's trim tabs, four batteries, four diesel and four gasoline tanks and three fresh water and three black water tanks.

The Display shows all possible engine and transmission data defined in NMEA 2000 2.100 standard (released at February 2015), except the engine's VIN and the engine's software version. We also included speed data (over ground, SOG, and thru water, STW) for your convenience. Supported data types are listed below.

You may download firmware from our web site for free, copy it to the MicroSD card, and change the type of your display in a minute! And, of course, at any moment you can switch back to the Instument Display firmware. We plan to release additional firmware products in the future.

You may download this update by the direct link or at downloads page. To learn more about the Text Display see: www.yachtd.com/products/display.html.